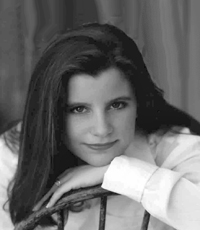 Making her Tennessee debut at Intercity Ballet's The Nutcracker, Cassandra will be playing the role of the Sugar Plum Fairy.   Cassandra Lund received most of her dance training at New West Ballet School under the direction of Eugenia Keefer, where her roles range from Clara to the Sugar Plum Fairy and include the title role in Cinderella and Princess Aurora in the Sleeping Beauty.   She has danced on scholarship in New York City with the Joffrey Ballet School trainee program, and was a scholarship recipient with Tremaine Dance Conventions.   Ms. Lund began teaching dance at the young age of 16.   She currently teaches at high school dance camps across the Western United States for the United Spirit Association, where she serves as a head instructor, adjudicator and a member of the Program Development Team. She also received the prestigious MVP award for the USA’s dance program in 2006.   A versatile dancer, Ms Lund has performed with the Mojalet Dance Collective (modern), the Palomar College Dance Ensemble (jazz), and in the year 2000 joined the California Ballet Company, rising quickly to the status of Principle Dancer.   Her roles with California Ballet include Alice in Alice and Wonderland, Snow White in Snow White and the Seven Dwarfs, the Sugar Plum Fairy in The Nutcracker, Giselle in Giselle and Lucy in Dracula.   She has also served as an assistant choreographer for the Super Bowl half time show in 1999.  She currently resides in Escondido, CA with her husband Brian and children Amanda and Nathan. 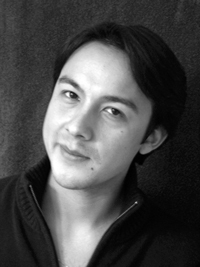 Pablo will be playing the role of Cavalier & Snow Prince.  Pablo Infante was born in Tijuana Mexico.   He began his ballet studies at Centro de Ballet y Arte.  In 1998 he joined the Compania de Danza de Baja California and in 2002 was promoted Principal Dancer.  He joined The California Ballet Company in 2003 and was appointed a Soloist the same season.   His repertoire with the California Ballet includes featured roles in full length ballet's such as The Nutcracker, Swan Lake, Sleeping Beauty, Midsummer Night's Dream, Carmen, Romeo and Juliet, and Giselle among many others.